Norfolk goes to the National Indoors!

Star of the show was undoubtedly Layla Annison, who, at just 15 years of age, was crowned the Indoor National Champion for Ladies Compound!
She also came in 3rd in the Back to Back Tournament after a long day of shooting and Head to Head matches.
This teen sensation came away from the weekend with a Gold and Bronze to add to her already impressive collection of results, which includes being runner up at the National Indoors the previous year, a Gold medal from the European Youth Cup, multiple Team medals whilst shooting for Team GB, and also several Cadet and Team World Records! She is part of the Team GB Development Pathway, and already sponsored by some of the top names in Archery, so we are expecting many great things to come!

Layla was not the only one in the medals, however. The Norfolk Longbows were keen to prove that you don’t have to have a fancy compound bow to win medals, and the Ladies Longbow in particular was hotly contested.
Sarah Hubbard, having only recently taken up Longbow (though an elite Barebow archer), took Silver in the National Championships, and Bernadette Stubbings just missed out on 3rd after a shoot-off, though she still got a 4th placed medal for her efforts.

William Thomas, shooting in the Under 16’s Category, came away with 2nd place in his category, he tied on score but just lost out on golds. He also achieved third place overall in the Junior Nationals, beaten only by two archers older than him. This despite only starting to shoot longbow this summer!

Though no more medals were won, archery isn’t just about winning, and it was great to see many other archers there to shoot, have fun and experience the scale and drama of the National Championships with smiles on their faces!

Amy March, another of the Norfolk Juniors, placed 13th in the Junior Ladies Recurve, and 54th overall in the National Championships, a great result given that she only started shooting earlier this year when her dad got her on a beginners course so he had someone to shoot with!

Pete Hill placed 42nd in the Gents Recurve, missing out on a top 32 place and the following Head to Head matches by just 15 points, and Daron March was 105th overall.

For the rest of the compounds, Gillian Harris and Richard Mill ranked 42nd in the Ladies and Gents Compound, missing out by 14 and 11 points respectively, with David Hall ranking 106th.

Louise Thomas was ranked 10th in the Ladies Longbow, and Simon Thomas ranked 3rd in Qualification and finished 5th in the Gents Longbow.

Abbie Fisher and Keith Harding took part in the Back to Back, with Keith competing in the National Championships too. Keith went out in the first round from a tough group, Abbie made it to round 2 but was unfortunately knocked out.
Keith had a better day Sunday, going through to the 1/16th round and just losing out on a shoot-off where both archers shot a 10. Both have connections to Team GB, Abbie being a former Team GB archery and Keith having been on the development pathway, and we are very lucky to have such talented archers within the County.

We are also very grateful to Clickers Archery, who not only helped sponsor the event but had most of their staff present over the weekend running a trade stall and even doing some on-the-spot bow repairs for archers at the event.

This has been a great year for archery within Norfolk, and we are very much looking forward to 2018! 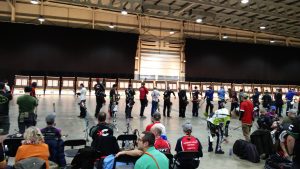 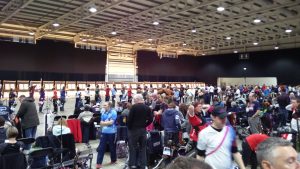 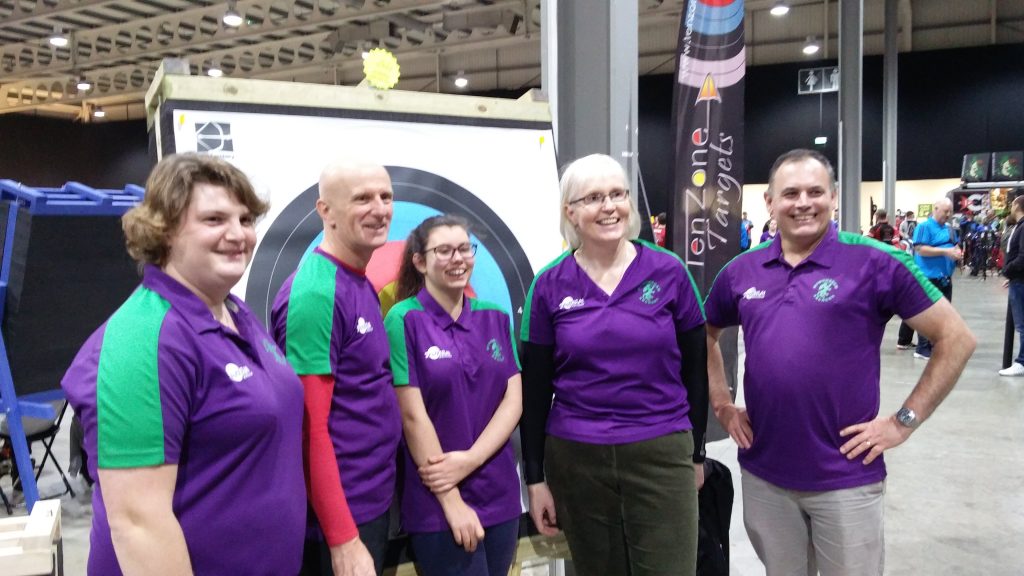