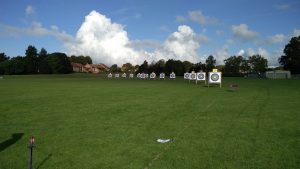 Well what a day it was.

Almost 50 competitors entered the shoot, the highest number of entries for several years, including some from outside the County, and 13/18 Senior Norfolk Clubs were represented.

After a bright and sunny start, the weather took a bit of a turn after lunch with a downpour and then off and on showers and breeze, but spirits remained high, and despite the weather there were several WA Target Award claims made at the end of the day.

The results sheet can be seen below for the shoot, and further result information is available upon request from the Tournament Organiser

There was also a Team Trophy, awarded to the highest scoring team of 3 archers from an individual club, with a max of 1 compound and a minimum of 1 lady/junior.

4 Clubs were eligible for the team award, and the winners this year were Wymondham Archers, with a score of 3205 and not a compound in sight! The team was comprised of Dan Parnham, G R 1066, Daron March MM R 1026 and Amy March, CW R 1113.

The shoot also saw a special presentation from Mark Webb, County Chairman of Honorary Life Membership to the Association to the Lord Paramount for his 30+ years of service to archery within the county, particularly his organising of the County Indoor Championships.

It was a brilliant day, and it was great to see several clubs pulling together to make the Tournament a success.

We hope everyone involved enjoyed the day, and hope to see many of you back for the County Indoors at Hingham Bowmen in 2018! 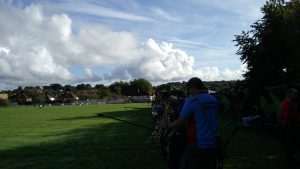 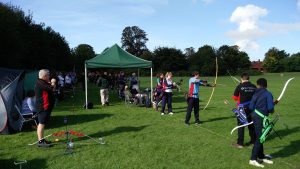